Kartik Maas 2020: Holy month of Lord Damodar, what should be done to please God in this month 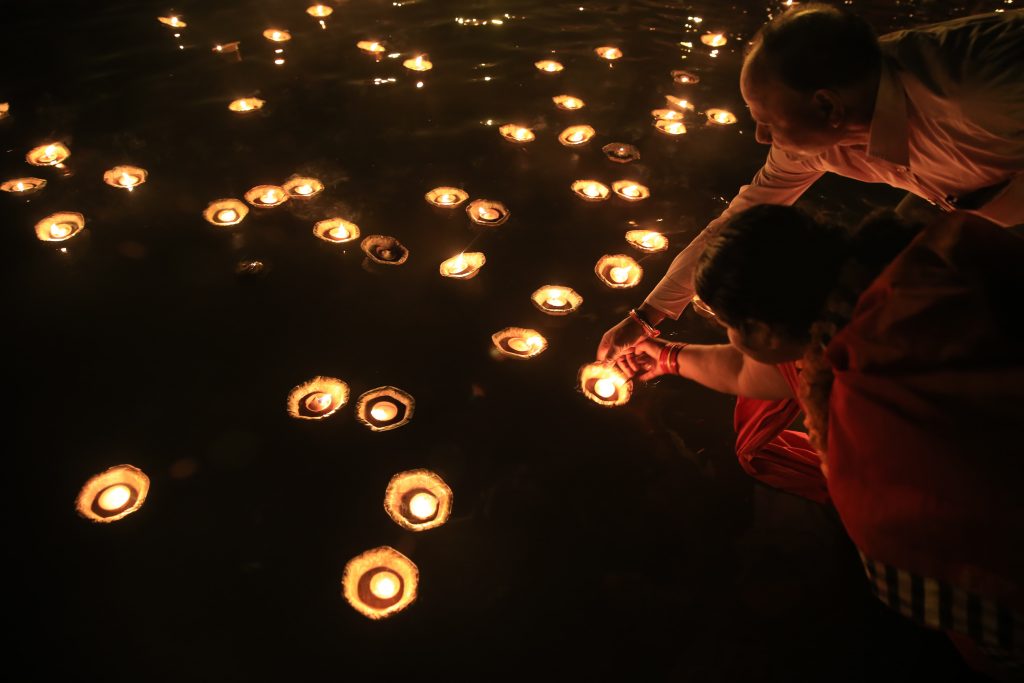 In Hinduism, Kartik Maas is considered a holy month. In the mythological and ancient texts, the particular importance of fasting and austerity in the Kartik month has been told. It believed that this person who fasts and meditates in Kartik month attains salvation. The element of God also strengthened by Kartik month. In this month, experiments related to both money and religion done. The month of Karthik will be till 30 November.

Lord Shri Krishna is fond of Tulsi in flora, Dwarikapuri in Punyakshetras, Ekadashi in dates and Kartik in months, therefore, Kartik month is considered to be extraordinarily holy and virtuous.

Tulsi Maharani worshipped in this month.

This month is very dear to God, and in this month God gave maximum Leela.

On the occasion of Devauthani Ekadashi in Kartik month, once again promising and Manglik works will begin. The process of marriage, marriage, home entry, Muhurta etc. will also start.

In this month, Shiva’s son Kartikeya killed the demon Tarakasura, hence its name Kartik, who is the conqueror.

What to do in this month to get God’s grace:

According to the truths, meat, fish and whey should be lost during this month. Along with this, one should remain restrained throughout the month. Apart from this, fasting should be done with rules.

According to the Dharma Shastras, the most important work in Kartik month said to be Deepdan. In this month, lamps are offered in river, puddle, pond etc. This leads to the attainment of virtue.

In this month, particular importance has been given for worshipping and consuming Tulsi. Although it is best to consume and worship Tulsi in every month, the importance of Tulsi Puja in Kartik is considered manifold.

Sleeping on the ground

Gold on land considered to be the third major work of Karthik month. Sleep on the ground this month

In Kartik month, According to the scriptures, meat, fish and whey should not be eaten.

Applying the oil is forbidden –

It is also prohibited to apply oil on the body in the month of Kartik. Oil should be used on the body only on the day of Narak Chaturdashi once in Kartik month.

The fast (fasting person) should behave like austerities. That is to say, less, do not condemn or dispute anyone, keep restraint on the mind, etc.

Chant as much as possible of the great mantra –

The special importance of Tulsi service in Kartik Mass:

Amavasya of Kartik month considered as the birth date of Tulsi Ji. A story of Tulsi’s birth told in Padmapurana – Tulsi was born in Vrinda and was the wife of Jalandhar demon. Jalandhar killed by Lord Vishnu because of his atrocities. Unhappy with this, Lord Vishnu was given a boon by Lord Vishnu that she would become his beloved.

Tulsi Vishnupriya is formed due to her faith and virtuous religion and gave her a special place in the worship of Shrihari. Tulsi Puja is especially crucial during the Kartik month.

It believed that the place where Sri Krishna composed Leela is called Vrindavan because of the Vrinda form of Tulsi. Tulsi forests were once here., many basil (Tulsi tree) plants can be seen here.

On the last day of the month, Harihara Milan and Chaturmas on Baikuntha Chaturdashi ends on Kartik Purnima.

Especially in the last five days of Kartik month, which is called Bhishma Panchak, the fruits of penance done in it is equal to the penance of the whole year.