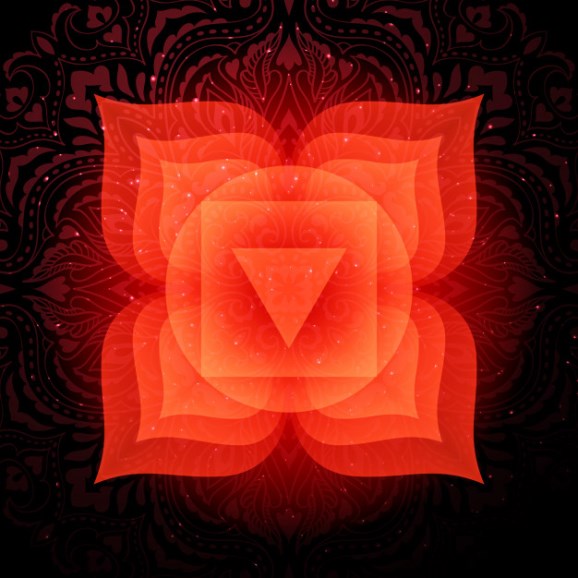 The root chakra is the first chakra. The energy of this chakra is based on the earth element. It is associated with the feeling of security and grounding. It is located at the base of the chakra system and lays the overall foundation for expansion in your life.

The first chakra is located at the base of your spine. The corresponding body locations are the perineum, along the first three vertebrae, in the pelvic plexus. This chakra is often represented as an energy cone that starts at the base of the spine and goes down and then slightly bends.

Key features of the root chakra

The first chakra is associated with the following functions or behavioral characteristics:

·Physics, physical identity and aspects of oneself.

Make every cell in your body wake up and rejoice!

Most of us have energy blockages and imbalances, as well as energy sabotage habits that prevent us from accessing our full vitality, which leads us to feel exhausted, scattered, bored … even sick.

The good news is that you don’t have to continue! World-renowned bestselling author and expert on chakras, Anodea Judith, will reveal the secret to optimizing your energy system, during a free virtual event hosted by The Shift Network: Supercharge your chakra practice: how to heal your energy centres and unleash everything. The power of your life force.

It helps us grow and feel safe to explore all aspects of life. It is related to our feeling of security, whether physical or regarding our bodily or metaphorical needs regarding housing and financial security. In summary, the first questions about the chakra are related to the idea of ​​survival and safety. The root chakra is where we base ourselves on earth and anchor our energy in the manifest world.

What happens when the first chakra is out of balance? On an emotional level, deficiencies or imbalance in the first chakra is related to Excessive negativity, cynicism, Excessive feeling of insecurity, living in survival mode always. For a person who has an imbalance in the first chakra, it can be challenging to feel safe in the world, and everything seems like a potential risk. The desire for security dominates and can translate into concerns about the work situation, physical safety, refuge and health. A blocked root chakra can become behaviours governed primarily by fear. Along the same lines, when the root chakra is hyperactive, anxiety can become greed and paranoia, which are extreme forms of manifestation of imbalance in the first chakra. Problems with control over food intake and diet are related to it. Open the root chakra. There are many ways to open your root chakra. For example, you can get more involved in the earth and land-related activities (e.g. connecting with nature, gardening, healthy cooking, hiking). The main idea is to work to grow your “roots” in a safe and comfortable environment (that is, surround yourself with earth colours, objects that remind you of nature, stability; or, conversely, if you want to feel less stuck, the next). Opposite). Yoga for the root chakra can be a more sensible way of uniting the body and mind and restoring a more balanced flow of energy.

The first chakra is known as Root chakra or Muladhara. Its Sanskrit name is “Muladhara” it can mean “base”, “foundation”, “root support”. The typical colour used to represent the root chakra is a vibrant vermilion red. This is the colour used in its symbol to fill its petals. Traditionally, it is also associated with the colour yellow or gold (this is the colour of its element as opposed to its leaves). In the colour spectrum of the chakras, red symbolizes strength, vitality and stimulates our instinctive tendencies. Root chakra symbol The root chakra symbol is made up of a four-petalled lotus flower, often stylized as a four-petalled circle with a downward-pointing triangle. The downward-pointing triangle is a symbol of the spirit that connects with the matter, based on earth and our earthly existence, in our bodies. It is seen as the centre of our life force and is the seat where the kundalini remains coiled, inactive until it awakens to distribute its energy through all the other chakras.