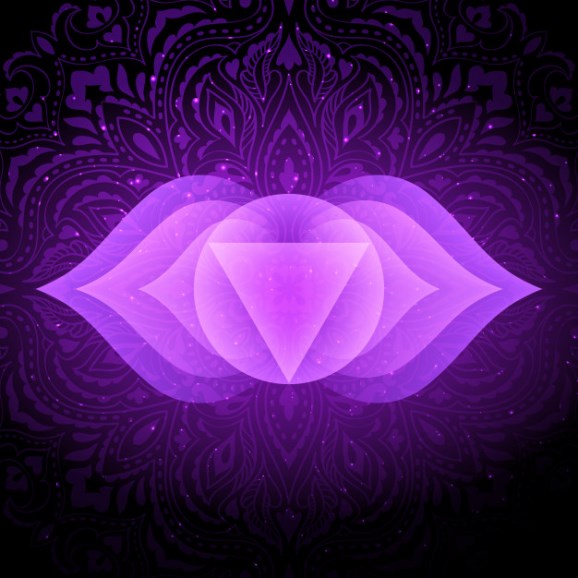 The sixth chakra is the third eye chakra or the brow chakra. It is located in the centre of your forehead between and above your eyebrows. It looks after your brain and neurological system including your ear and eyes. This chakra has the ability to unlock the power of the mind and can help us change our lives through our very own will power. It gives us vision, intuition and can unlock our psychic ability. It helps us see deeper into the truth and have more insight into reality. its imbalance might lead to lack of clarity and feeling stuck while being unable to see past our problems in order to solve them. It might also lead to blurry vision, insomnia etc.

This chakra is the highest feminine energy which is considered to be the wise one that knows within. The chakra is also responsible for activating the pineal gland which helps one to sleep. This chakra is associated with the dream world or the world of imagination. The chakra also deals with your inside for your inward sight.

Bad intuition can be a prominent sign of under activity. When someone feels disconnected with themselves and isn’t able to find his or her own voice or isn’t able to understand what they are truly feeling, this is a major sign of weakness. Imagination is closely tied to this chakra. If you are someone who constantly complains of not having any imagination or is unable to conjure things up within or can tell a story while having trouble visualizing it, this is a typical sign of under activity. If you are someone who cannot remember their dreams or someone who cannot dream then this is also a very common sign of a weak third eye.

The Sanskrit term for the third eye is Ajna. It refers to command. This means that the pure purpose of this chakra is to command the body and look at the bigger picture. You forget me part and consider everyone around you before making a decision while separating two different perspectives. If you are unable to look at the bigger picture and are too busy perfecting the minute details then it is a very big sign of an underactive third eye chakra.